The island of the Knights

The Medieval City includes important monuments such as the Grand Master's Palace, the 14th Century Knights 'Hospital (Symi Square), the 15th Century Knights' Hospital (Alexander the Great's Square) which also functions as the National Archaeological Museum the accommodation of the different "Languages" of the Knight's Order is Europe's most well-preserved street, the Municipal Gallery in Symi Square, the Argirokastro Square with the Early Christian Baptistery, the old Knights Arsenal now houses the Museum of Folk Art or the Folklore Museum, the ruins of the Temple of Aphrodite, he Suleiman Mosque and the Castle of Kastellania, which today houses the Municipal Library. A notable monument is also the Madonna of the Castle of 11th century AC, which is the largest and oldest surviving temple in the Medieval City. Apart from its historical interest to the visitor, the Medieval City hosts all kinds of shops, restaurants, taverns, accommodation and nightlife centers and is one of the hottest spots on the island. 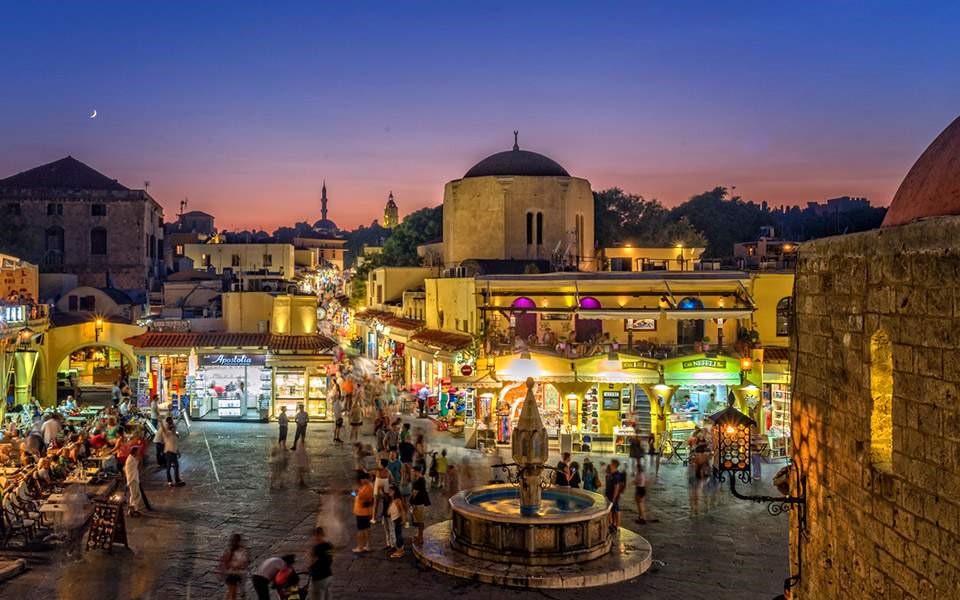 Rodini Park is an earthly paradise located three kilometers from the city of Rhodes, along the Rhodes - Lindos Avenue. It is the oldest park in the world and is known for its dense and diverse vegetation. The bridges, the full water lakes and the beautiful trails make up the idyllic landscape complemented by rare plants and a small zoo.

It is a rare habitat that hosts the butterfly Panaxia Quadripunctaria that occurs in this unique natural park from mid-June to mid-September. It crosses the Pelican River. Following the specially designed paths and wooden bridges between incredible vegetation, water lakes, small waterfalls and crystal clear waters, you may enjoy a unique natural phenomenon.

A wonderful location with lots of pine and plane trees revealing the greatness of nature. There is a lake in the area consisting of seven springs where one can see geese, ducks and peacocks. The temperature in the area is low. Their water flows into the plain and irrigates the fields of Colombia. It is worth visiting the tunnel that was built for the old Italian aqueduct that ends up in an artificial lake with cold water.

Prassonissi is located in the southernmost part of the island, ninety kilometers from the city of Rhodes. A small peninsula in summer and an islet in winter, is a paradise for surfers. Its right side is distinguished for its large waves and the left for its tranquility and isolation. 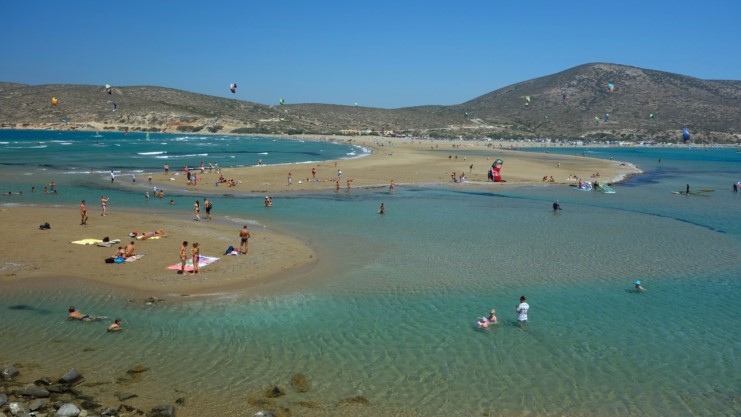 With its narrowcobbled alleys and white cottages with laminate floors, painted ceilings, boards, plinth walls and paved courtyards with elaborate pebble designs. The village has been preserved. It is worth visiting the captains' houses with the tall masonry walls and the arched entrances with the coats of arms and the heavy wooden doors, built in the period from the 16th to the 18th century, in the church of Panagia Lindou, with amazing 15th-century frescoes in the center of the village, the "Tomb of Cleovelos", a 6th-century BC tumulus. century which is in fact a burial monument of a wealthy Lindos family and the "Archokrateion", a tomb of the Hellenistic-era Archokrats. of 4 BC century, the Propylaea, the great Hellenistic Lodge, the Byzantine chapel of Agios Ioannis and the Communion of the knightly period. Unique is the trireme relief of the 2nd BC. century carved at the base of the rock. 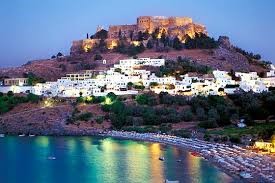 Transportation to the city and the island